Why choose us?
What we treat
No referral necessary
Open 6 days a week, early till late, appointment available within 24 hours

The same time each year I start to see more runners booking into the clinic with multiple niggles. Why? its marathon season. Training load and the capacity to handle that load is the key to many of these injuries seen amongst runner.

Tissue load is dependent on your training volume (how much), intensity (how hard), frequency (how often) and type. Your other activities like work and hobbies and anything in life that loads tissues all forms part of your overall load.

Tip1: Changes in training need to be gradual

Tip 3: Mileage should be increased by 10% increments but also think about the intensity, it is usually best to drop intensity whilst building mileage.

Tip 4: Every 3-4 weeks should have a drop in intensity or volume to allow recovery

Your muscles, tendons and ligaments take time to adapt to load so do not be tempted to run high mileage just because your lungs let you and it feels good, it will not last.

Also when injury does occur the load capacity becomes less so your usual mileage may become too much and you need to reduce your training and build it back gradually with the aid of some strength exercises. Don’t try to jump straight back into your usual mileage, it will not work.

Also consider sleep, stress and health issues as contributing factors to your injury.

Great news over the weekend when one of our clients competed in the world masters mountain running championships held in North Wales UK. Sue Haslam competed in the over 60’s over a testing 8.76km course and finished in 2nd place and was part of the GB womens team who finished 1st. Well Done Sue! 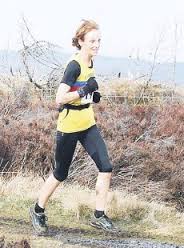 Our newletter will be out soon ‘Snap, Crackle and Pop’ explaining: why do our joint smake noises? You can sign up to our monthly newsletter by filing the form out at the bottom of this page.

Correctly referred to as Plantar Fasciopathy (FP) or Plantar Heel Pain due to there been an absence of inflammatory cells in this condition. This is an overuse condition of the plantar fascia at its attachment to the calcaneous (heel bone).

PF is a common condition amongst runners and can be often challenging and frustrating for both injury therapist and runner. The plantar fascia plays an important role in normal foot biomechanics, offering static support and dynamic shock absorption during the foot’s contact phases of running. The plantar fascia may be overloaded at the push off phase when the toes are dorsiflexed (pulled up towards the shin) and the calf muscles are the main contributors to propulsion

The development of PF appears to be linked with increased load on the plantar fascia. This can be due to a number of things like increased mileage, poor or worn down trainers, muscle weakness and poor motor control. However some recent research suggests we may be able to change how we run to help combat this injury?

Although we may associate PF with increasing mileage too quickly a study by Nielson et al 2013 suggests we also need to consider rapidly increased running pace. Other injuries that maybe affected by this speed change include Achilles tendinopathy and calf injuries. It was found that marathon runners were at less risk of PF compared to runners running shorter distances, suggesting PF is more easily developed at shorter distances.

This leads us to the next study which asks ‘is it possible to alter the loading on the plantar fascia?’ A study by Wellenkoiter 2014 suggests a 5% increase in cadence (steps taken) may benefit. For me this flags up a few questions, how do you increase your cadence and does this go against the above paragraph by increasing cadence, does this increase you speed? Are you sacrificing stride length to increase cadence? Is this about reducing foot contact time and how does this affect how much force you push off with, which in turn gives you your propulsion forward?

Another study by Crowell 2011 found running with a softer/quieter footfall reduced vertical loading rate which can be linked to PF. I would love to see how you would explain and get your average runner to try and land more quietly without them looking like they are prancing around.

The findings from the studies above do sound like positive solutions for runners suffering from PF but for your average runner they may be hard to practically implement. Running style and technique are very hard to change. There is also no evidence it will improve pain or function in PF.

This next study suggests a more practical and effective way to treat PF. Rathleff et al 2014 looked at high load strength training compared to a standard plantar specific stretching program in the treatment of PF. The stretch group were told to sit with the affected leg over the other and grasp the base of toes and pull them up to wards the shin for 10 seconds repeat for 10 reps and perform 3 times a day. The high load strength group performed a heel raise off a step with a towel under the toes to mimic the high load phase on the plantar fascia. Each rep would take 3 seconds going up, hold for 2 seconds in the up position and lower back down taking 3 seconds. Every other day they would perform 3 sets of 12 reps and throughout the weeks they would progressively add weight by using a back pack loaded with books (set and reps were adjusted accordingly). At 3 months the high load group were showing better results but at 6-12 months there were no differences in outcome. If you were to choose between two treatments that have similar long term effects but one will give a quicker reduction in pain, it makes sense to prescribe the one with the quickest reduction in pain.

Each person seen with PF needs to have their own treatment approach to suit them, if they have brought in speed work too soon, it may have been the trigger. If they have a slow cadence and/or land very heavily then getting to them to speed up their cadence and land lighter may help. Implementing a progressive loading program to strengthen the plantar fascia and structures around (calf, hips, core.) to cope with load may play a more effective approach.

Here is one of our contributers with his tips

I started my running career at the age of 38, at the same time as my 15 year old son switched from football and boxing.  We had both had some experience of running, but not very much. Amateur boxers and lower league footballers were not the most earnest trainers, and indeed back in 1978, some smoked cigarettes, and most drank too much!

My first running club was at Waldneil, in the former West Germany.  It was the home of Dr Van Aaken who was the founder of Long Slow Distance, (LSD), and so this is what I started out with.

Here is a brief description of his theory etc;

Dr. Van Aaken believed the interval method (commonly practiced today) stressed too much speed and high intensity work.  While it may sound like Dr. Van Aaken’s method is similar to Authur Lydiard’s method, there are actually some clear differences.  While Dr. Van Aaken agreed with interval principles and speed training in general, he believed that too much high speed intervals blocked endurance rather than building it and that the continual practicing of high speed, beyond racing speed, was uneconomical and led to a decrease in reserves.  He stressed that the bulk of running should be done at a heart rate of about 130 beats per minute and that doing too much running at 140-200 beats per minute placed too heavy a strain on the cardio-vascular system to allow proper adaption.

It is interesting given recent stories of stress on the heart, than a heart rate of 130 was recommended for the bulk of running.

Van Aaken’s method certainly suited me, and I swiftly progressed from running 1.5 miles, (the Army Fitness Test Distance), to a marathon in 5 months, and two months later a sub 3 hour marathon. My speedwork consisted mainly of occasional races, sometimes even a half marathon, but I would not recommend this, and some training runs with runners who were slightly faster.  At the time, I wore well padded shoes and only slightly less padded ones for racing.  I went years without any running injuries.

I would advocate lots of easy paced running and some Parkruns for speed.

Tip three – Wear good cushioned shoes for training and you can go lighter for racing.

I am still gathering information, so any Scarborough Athletics Club members who want to give their top 3 tips please send them via one of our website form, Facebook Page (link below) or write them down and hand them to me at club. The deadline is Wednesday 12th and hopefully the flyer should be ready a few weeks after.

As a new blog subject we are going to start to show you what some of our past and present clients are up to each week.

Scarborough Athletic Club’s ultra distance specialist runner Nikki, competed in the latest Hardmoors 60 event. This race consisted of a very testing 62 mile course which started at Guisborough and finished at Filey Church via the Cleveland Way, and a total ascent of approximately 6,500 feet. Nikki finished 41st overall and the 6th woman in 14 hours 10 minutes. She has now become the very first ever woman to complete the 160 Triple Ring and any two other ultra races – 30, 55 or 60 miles.

Nikki is in her 20’s and has come from an athletic sprinting background and modern pentathlon so to go into ultra running was unexpected but she seems to have really taken to it. She will pop in for a maintenance massage when she feels her legs are getting heavy.

What a glorious day we had for the McCains Yorkshie Coast 10k race on Sunday 3rd November. My facebook page shows just how close the finish was.

I always volunteer my services for my local athletics club “Scarborough AC” This was our fourth year running the Yorkshire Coast 10k and the first time we had maximum capacity entered. The site of runners stretched right across the South Bay to the Harbour was amazing to witness. The picture above shows the start of the race, sadly I never got to see the fantastic finish as I had to be ready to recieve runners for post race massages.

One of my HYMS students Josh came down to help out, I feel I threw him a bit in the deep end. Due to the amount of runners, instead of working with Josh and introducing him to event massaging , I had to put him on his own table to work to reduce the waiting line. He did amazing and i’m sure will benefit greatly from the experience.

Well done to everyone who took part and also a big thank you to all the volunteers.

Get exclusive tips and advice on injuries, treatments and exercise in our monthly newsletter.